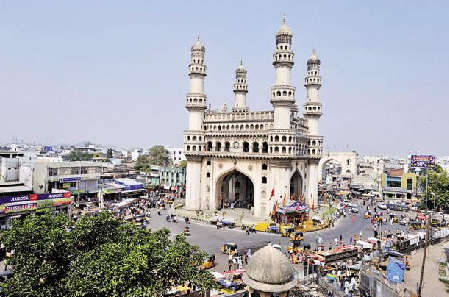 A look into the past and present scenario of Hyderabad

Giving Bangalore a run for its money in being the top tech city in the country is none other than the beautiful city of Hyderabad. The city has come a long way from being one of the most powerful princely states during the historic times to becoming a modern and elegant city now. This article gives you some idea on this magnificent city.

One of the fastest growing cities in the country, the city of Hyderabad is one of the oldest but then again, the newest city in India! Formerly a part of Andhra Pradesh and now the capital city of the newly formed state of Telangana, the city is a major tourist hotspot! The city still dotted with all the historical sites it is famous for, has seen making its way up to become one of the most tech savvy cities in the country which attracted many MNCs and small business investors to set their business up in the city. Today, the city is a tech hub with towering buildings in each and every corner of the city.

Hyderabad experiences one of the hottest summers in the country, hence the best time to visit the city are between the months of November and February when you can experience a pleasant climate with some cool breeze but not chilly as the other parts of the country. The city is incredibly accessible from any parts of the country, especially the major cities. Trains are the most common mode of transport to the city however if you do not fancy getting on one of the trains, you could get a flight from as close as a neighboring city like flights from Vijayawada to Hyderabad, or from any of the other major cities like Mumbai or Delhi.

There is no dearth in the pool of sightseeing in Hyderabad. Right from major historical monuments, to the tech hubs, to the majestic forts and the wildlife sanctuaries, the city bedazzles everyone. Some of the places you cannot simply miss on your visit to the city are places like the Golconda Fort, one of the archaeological treasures of the city which produced some of the finest gems renowned all over the world. The beautiful Hussain Sagar Lake easily makes it to the list of the top five most beautiful lakes in India and to add up to it, the Nehru Zoological Park lies near the lake. The Ramoji Film City, one of the newer place compared to the bunch, is one of the premier motion pictures and various other filming projects hotspot in India. You might be lucky to get a glimpse of a film shooting going on in this film city while on your visit.

This former princely state is the true gem of a place to discover the ruins left by the Nizams during their rule. The city till date, preserves and maintains its 400-year-old culture and traditions and has been around to witness the rise and fall of various dynasties overtime, which all added up to the richness in the background of the city, making it one of the best travel stories in the country.